Our relationship has been extra special because I’m your only daughter. We’ve shared a bond deeper than just mother and daughter, and dare I say it we’re at times close as friends. I’ve grown in a deeper understanding of some of the things you did in raising my brothers and I in doing the best that you could although at times it may have appeared in my immaturity in youth from childhood that I didn’t get it. I processed more than what you may have thought, and for the good along with all the things in between I extend to you the grace that I pray my children will give to me.

I saw some of the struggles financially that overwhelmed you in caring for three children. I love my father from the bottom of my heart, and I believe you did the same despite some of the challenges with an antics. My younger brother and I favor him not only in appearance, but we favor him in his carefree humorous nature. I believe I do so the most out of all my siblings. However, it wasn’t a laughing matter in seeing how you were strained in being the primary provider,engager, caregiver to not only us but him in his illnesses, and a protector in his addictions. We didn’t have much, but what you gave was more than enough. You made it work through creativity, quality time, and a determination that made us feel like we didn’t lack anything compared to anyone else. Yes, I saw you trying to hustle at the break of dawn to take us to the bus stop, and almost magically simultaneously rush to catch the bus to work just to put food on the table. My brothers and I share fond memories oftentimes of our childhood that we experienced despite the money challenges from seeing how you both tried your earnest to make the best for your 80’s babies.

We saw you carry on when Dad left with frustration, but you also had a calming ease. You simply continued to work, manage the home, but you also delegated each one of us to step up our game in being a united front in keeping the our family’s ship afloat. You didn’t get the old blue Chevy Cutlass until after Dad passed, but you learned how to put the pedal to the medal driving the back roads going where you had to go. I’ve always had a car, but I struggle in feeling overwhelmed in trying to managed going here and there with the kids with activities, school functions, and events. I don’t know how you did it, but you did, and we thank you. We had more responsibilities in maneuvering through life technically as latchkey kids, but we wouldn’t be who we are today without you lighting a fire under our tails to grow up. You made the decision not to have bitterness in your heart from pain to spew over to us with faithful confidence in the Lord in being unscathed.

Sorry For The Rough Patches

If we’re being honest we’ve had some rough patches in our relationships as mother and daughter. I will admit that I was a pretty tough, sassy, and bold little cookie in those middle school years. My apologies for feeling myself in thinking I was grown. I promise you it was just the hormones, and we can both agree that it kind of evened out. You were the one who was over protective in “trippin” when I moved out in college in growing into adulthood with dating, working, and experiencing college life. Maybe it was because I was your only daughter, and you were doing your best to protect me from harms way even if I didn’t agree with some of the measures. We’ve had our ups and downs, but I wouldn’t trade you for all the tea in China in you being my mom.We worked through it all with our relationship intact still remaining close.

We share so much in common although I favor my dad in looks. We’re both middle children by birth order which may explain why occasionally bump heads. Our first borns happened to be sons, and our second births happened to be daughters. I threw in a monkey wrench with having twins though. I’m always honored to hear by many that I have your friendly personality, welcoming energy, and flare for style. We both share a fighter’s spirit in not allowing the cards that were dealt to keep us down, and you continue with your strength to tell cancer to kick rocks. There are many other ways to mention how our lives became parallel, yet no matter what comes my way the wisdom you gave me won’t let me walk in anything other than the Lord’s promises. Mom you have celebrated me in more ways than none, but today I celebrate in honoring you. 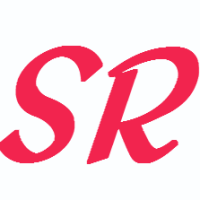 Getting it in with her 1st big girl school research project! She chose Kirk Franklin. Way to go kiddo.♥️🎶🎶🎵🎵 Melodies From Heaven and much love to one of our favorite artists. Vibing to all his classic hits. 🎵🎶🎵 Our family has been a Kirk fan since STOMP! . . .. . #kirkfranklin #schoolproject #blackhistorymonth #music #gospel #gospelmusic #legends
You don't want to miss this event of worship, praise, fellowship, and celebration of African American heritage pride. . . . . . . . . #praiseandworship #faithfamilyfriends #beulahgrovebaptistchurch #africanamericanheritage #blkhistory #blackhistorymonth #youthministy #sundaybest #joy #goodvibes #church #fellowship #yourlight
Food for thought. . . . . . . . . #behumble #itsroomforeverybody #humble #arrogance #foodforthought #purposefilledmommy #itsthelittlethings #justthoughts
💋 Break the disease to please. . . . . . . . . #heybabygirl #doyou #purposefilledmommy #myladybugs #mothersanddaughters
Remembering just a little while ago I was my sole subscriber, and now today marks over 1,000! Big thank you to those who have joined me on my journey as a blogger. I sincerely appreciate it. Looking forward to more great things a head. Hugs & Love 💋 . . . . . . . . . . #thankyou #1000subscribers #mommyblogger #keepgoing #dontgiveup #followyourpassions #purposefilledmommy motherhood #sahm #moms #singlemoms #marriedmoms #workingmoms #divorcedmoms #autismmoms #militarymoms #specialneedsparents #purposefilledmommywithminimarie
I can occasionally feel energy zapped at the end of the day as an empath and ambivert juggling life as a mom and multiple grades as a teacher ( 4th-8th grades). I do my best to give myself just a moment at the end of the day just to pause and decompress from the day. Sometimes I'm able after work, homework, dinner, and bedtime to get an hour. There are also times where I'm lucky to get 30 mins before I hear my name called or the sound of little feet. You need moments to unplug, recenter yourself, and regroup from the day. It's not selfish, Sis it's self-care. . . . . . . . . . . . . . . #selfcare #mommywellness #purposefilledmommy #itsthelittlethings #metime #relax